davfor
June 23 in Other Investing

The former CFTC chairman weighs in on what a U.S. CBDC might look like, as well as the benefits it could bring to American citizens...One of the few high-profile public officials to have served under both the Obama and Trump administrations, Chris Giancarlo is a former Wall Street executive-turn-regulator who is widely-respected by nearly all parties on Capitol Hill. As the former Chairman of the Commodities Futures Trading Commission, however, his latest venture, the Digital Dollar Foundation, might well test his soft touch with politicians. 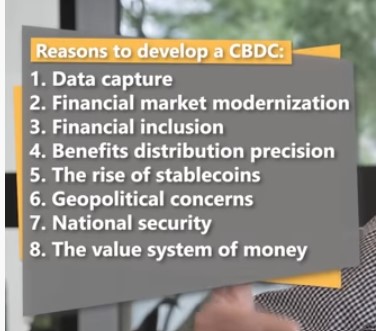