Value investing is struggling to remain relevant. What is VALUE

It is now more than 20 years since the Nasdaq, an index of technology shares, crashed after a spectacular rise during the late 1990s. The peak in March 2000 marked the end of the internet bubble. The bust that followed was a vindication of the stringent valuation methods pioneered in the 1930s by Benjamin Graham, the father of “value” investing, and popularised by Warren Buffett. For this school, value means a low price relative to recent profits or the accounting (“book”) value of assets. Sober method and rigour were not features of the dotcom era. Analysts used vaguer measures, such as “eyeballs” or “engagement”. If that was too much effort, they simply talked up “the opportunity”.
....
This would be comforting. It would validate a particular approach to valuing companies that has been relied upon for the best part of a century by some of the most successful investors. But the uncomfortable truth is that some features of value investing are ill-suited to today’s economy. As the industrial age gives way to the digital age, the intrinsic worth of businesses is not well captured by old-style valuation methods, according to a recent essay by Michael Mauboussin and Dan Callahan of Morgan Stanley Investment Management.

The job of stock picking remains to take advantage of the gap between expectations and fundamentals, between a stock’s price and its true worth. But the job has been complicated by a shift from tangible to intangible capital—from an economy where factories, office buildings and machinery were key to one where software, ideas, brands and general know-how matter most. The way intangible capital is accounted for (or rather, not accounted for) distorts measures of earnings and book value, which makes them less reliable metrics on which to base a company’s worth. A different approach is required—not the flaky practice of the dotcom era but a serious method, grounded in logic and financial theory. However, the vaunted heritage of old-school value investing has made it hard for a fresher approach to gain traction.
...
In Graham’s day the backbone of the economy was tangible capital. But things have changed. What makes companies distinctive, and therefore valuable, is not primarily their ownership of physical assets. The spread of manufacturing technology beyond the rich world has taken care of that. Any new design for a gadget, or garment, can be assembled to order by contract manufacturers from components made by any number of third-party factories. The value in a smartphone or a pair of fancy athletic shoes is mostly in the design, not the production.

In service-led economies the value of a business is increasingly in intangibles—assets you cannot touch, see or count easily. It might be software; think of Google’s search algorithm or Microsoft’s Windows operating system. It might be a consumer brand like Coca-Cola. It might be a drug patent or a publishing copyright. A lot of intangible wealth is even more nebulous than that. Complex supply chains or a set of distribution channels, neither of which is easily replicable, are intangible assets. So are the skills of a company’s workforce. In some cases the most valuable asset of all is a company’s culture: a set of routines, priorities and commitments that have been internalised by the workforce. It can’t always be written down. You cannot easily enter a number for it into a spreadsheet. But it can be of huge value all the same.
A beancounter’s nightmare
There are three important aspects to consider with respect to intangibles, says Mr Mauboussin: their measurement, their characteristics, and their implications for the way companies are valued. Start with measurement. Accounting for intangibles is notoriously tricky. The national accounts in America and elsewhere have made a certain amount of progress in grappling with the challenge. Some kinds of expenditure that used to be treated as a cost of production, such as r&d and software development, are now treated as capital spending in gdp figures. The effect on measured investment rates is quite marked (see chart 2). But intangibles’ treatment in company accounts is a bit of a mess. By their nature, they have unclear boundaries. They make accountants queasy. The more leeway a company has to turn day-to-day costs into capital assets, the more scope there is to fiddle with reported earnings. And not every dollar of r&d or advertising spending can be ascribed to a patent or a brand. This is why, with a few exceptions, such spending is treated in company accounts as a running cost, like rent or electricity.
The treatment of intangibles in mergers makes a mockery of this. If, say, one firm pays $2bn for another that has $1bn of tangible assets, the residual $1bn is counted as an intangible asset—either as brand value, if that can be appraised, or as “goodwill”. That distorts comparisons. A firm that has acquired brands by merger will have those reflected in its book value. A firm that has developed its own brands will not.

The second important aspect of intangibles is their unique characteristics. A business whose assets are mostly intangible will behave differently from one whose assets are mostly tangible. Intangible assets are “non-rival” goods: they can be used by lots of people simultaneously. Think of the recipe for a generic drug or the design of a semiconductor. That makes them unlike physical assets, whose use by one person or for one kind of manufacture precludes their use by or for another.

In their book “Capitalism Without Capital” Jonathan Haskel and Stian Westlake provided a useful taxonomy, which they call the four Ss: scalability, sunkenness, spillovers and synergies. Of these, scalability is the most salient. Intangibles can be used again and again without decay or constraint. Scalability becomes turbo-charged with network effects. The more people use a firm’s services, the more useful they are to other customers. They enjoy increasing returns to scale; the bigger they get, the cheaper it is to serve another customer. The big business successes of the past decade—Google, Amazon and Facebook in America; and Alibaba and Tencent in China—have grown to a size that was not widely predicted. But there are plenty of older asset-light businesses that were built on such network effects—think of Visa and Mastercard. The result is that industries become dominated by one or a few big players. The same goes for capital spending. A small number of leading firms now account for a large share of overall investment (see chart 3).
....
The third aspect of intangibles to consider is their implications for investors. A big one is that earnings and accounting book value have become less useful in gauging the value of a company. Profits are revenues minus costs. If a chunk of those costs are not running expenses but are instead spending on intangible assets that will generate future cashflows, then earnings are understated. And so, of course, is book value. The more a firm spends on advertising, r&d, workforce training, software development and so on, the more distorted the picture is.

The above is a much better explanation why Apple IS NOT another "blend—a blue chip stock ". 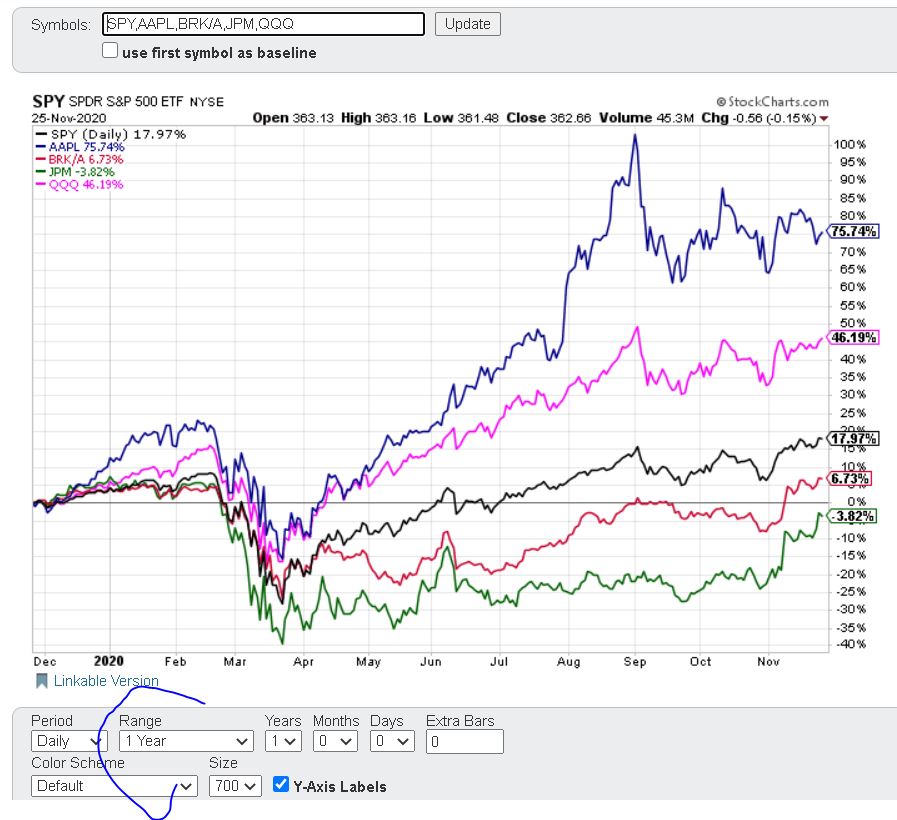 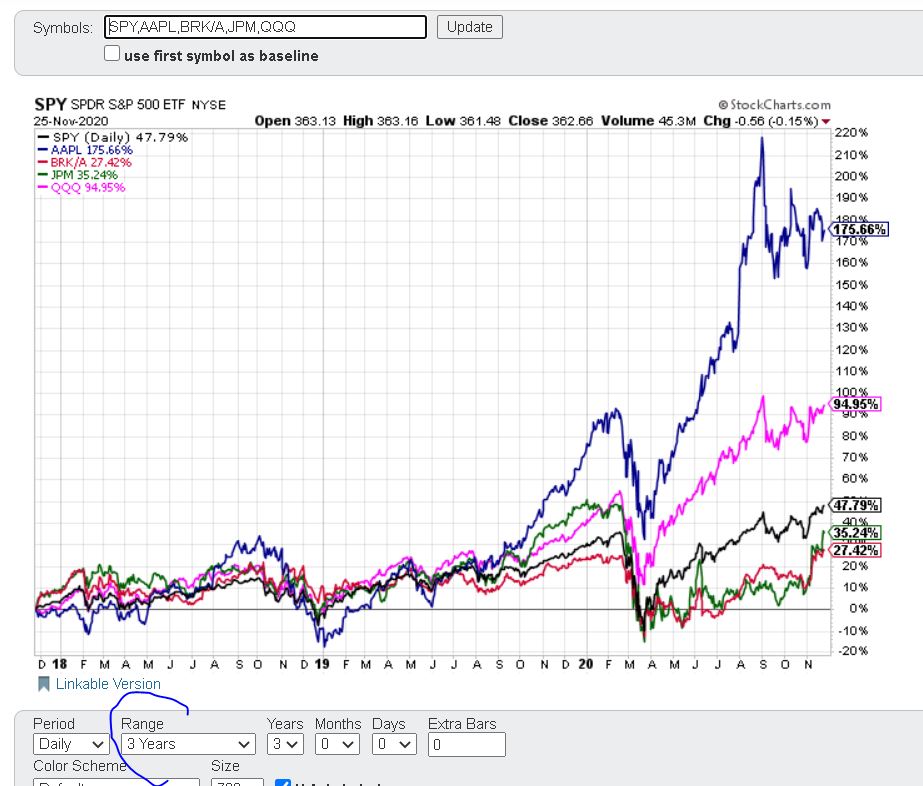